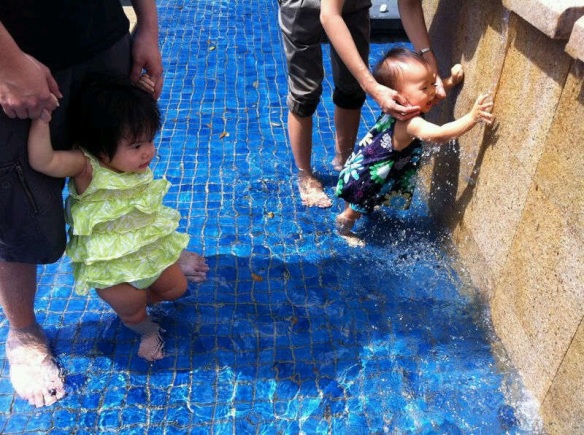 Sophia and Eleora playing with water

Sophia attended Nathan’s first birthday party yesterday and had a ball of a time playing at the pool. The pool was so baby friendly! There were plenty of shallow areas for Eleora and Sophia to walk around in and a fountain area where Sophia had fun splashing and picking out leaves and twigs. Cheeky Sophia also kicked water on Eleora who just took it in her stride. Both babies are so cute. Good thing there was a spare change of clothes in both their bags.