Quick posts updating things we did last weekend with Sophia. First up: Lunch with Sophia’s japanese friend, Tomo. Had lunch at Jerry’s followed by japanese style cakes at k.ki. What is Japanese style pastries, the Japanese asked. Well, whatever it was, their verdict wsa that k.ki’s version is closer to it than P.S. Cafe’s version a few steps away. Not that P.S. ever claimed to be japanese style. The comparison only arose out of sheer proximity of the 2 establishments. 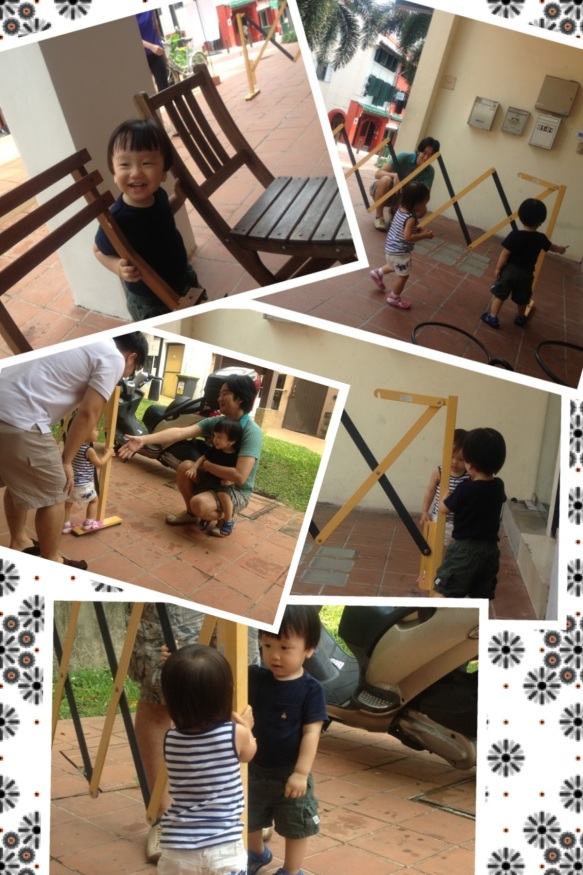 Then the next day the daddy went to his school as usual and after Sophia’s nap I brought her there. For some reason she insisted on getting into the baby walker (all on her own, I may add, with daddy spotting her behind but not helping). I guess to her its a sort of “toy car” and not a walking aid for babies who can’t walk yet since she has never used a walker.