For the first time in a decade I am having a holiday whereby I am not worrying throughout the day when can I find time to reply to urgent emails and churn out documents, because I am in between jobs. Ah… The bliss of waking up to only leisure and personal emails, and fully enjoying the journey.

This trip was planned by my cousin Michelle. It’s fun packed but I wouldn’t necessarily recommend it for families with young kids. Probably better to take parts of it and expand.

We set off for the journey with Sandra running rather high temperature that refuses to drop below 38 degrees celcius. The flight there was therefore not the most comfortable. Sandra was fussy and didn’t sleep well. But we survived with basically me carrying her throughout, and the daddy taking care of Sophia. 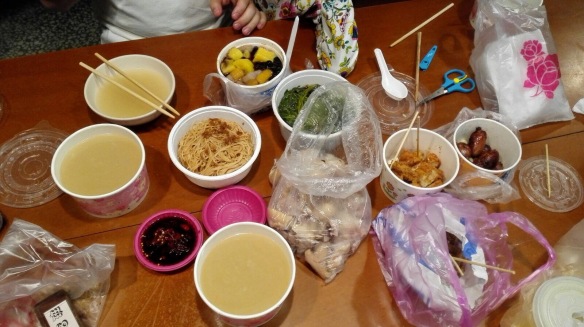 The first place we went was Keelung night market where we had 红烧鳗鱼，一口香肠，炸鸡排，卤肉饭，and some yummy pork soup and vege, amongst others. Our guide who is from Keelung feels that the night market there is the best. It is indeed not too bad.

The great thing was Sandra finally started perspiring at the very warm night market after not able to regulate her body temperature through perspiration for three days, and she’s now cleared of fever! Unfortunately instead of fever she had diarrhoea in the middle of the night and I even had to wash her pjs on the middle of the night and on our one hotel a night trip I had to take it out to hang for 3 nights before it dried.

After the night market, we went to our first hotel, 九份景栈. Normally it’s not recommended to stay at Jiufen because it can get misty according to our guide. However, my cousin wanted to stay there as she heard the stars can be beautiful. I was too tired to try catch it. The hotel (or should it be called motel) was a small one but was clean and cosy. It’s quite old fashioned but well maintained. 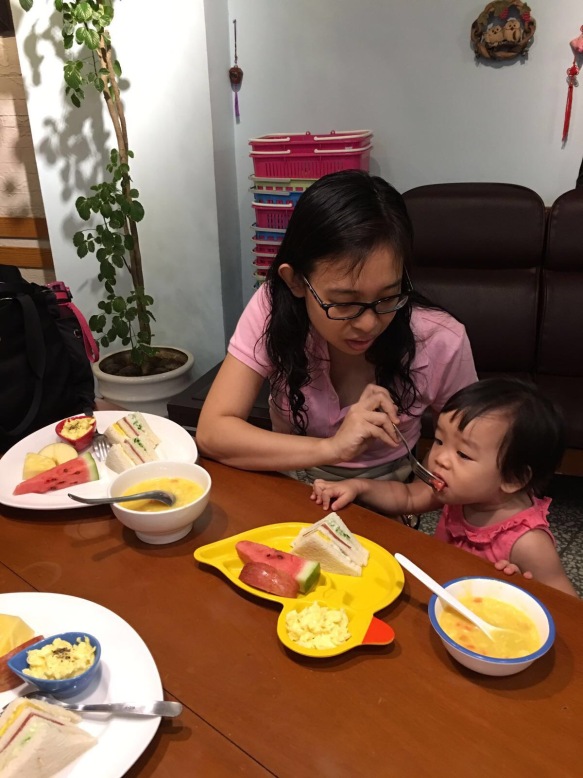 The second day we woke up to rain and had a delicious breakfast cooked by the lady boss. We started with fabulous pumpkin soup and followed with scrambled eggs and sandwich, all of it was delicious.

After breakfast it was still raining but still we went to 九份老街. The very long flight of stairs up carrying baby and wearing windbreaker was rather uncomfortable so it was a grateful break at the yam ball dessert place. We also had black pork sausage, white bittergoard juice, 雪在烧 and almond milk. At the end we rushed back for Sophia to use the toilet while my cousin ordered 太阳饼 from 李义饼家. 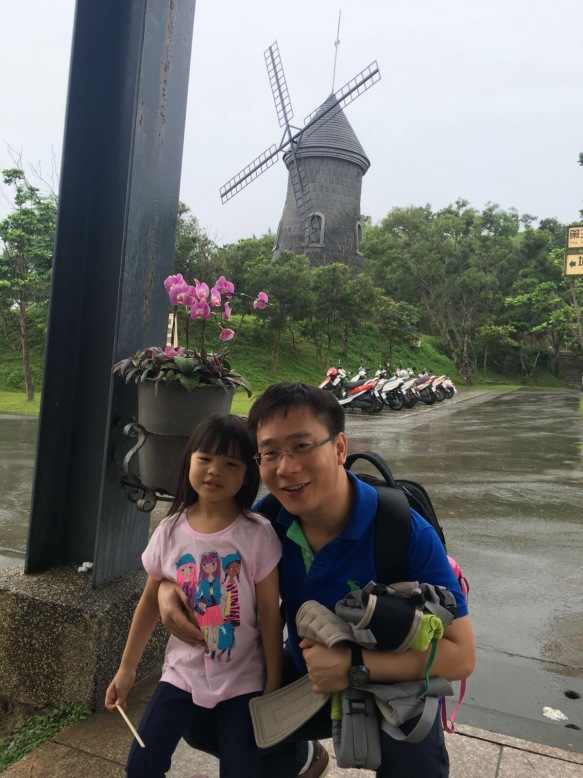 It kept raining the entire day so we had to skip much of our plan like 十份瀑布 and parks.  Instead we went to indoor places like 金车咖啡城堡 and 金车威士忌噶玛兰酒庄, both nothing to write home about.

We went back to the hot springs hotel early but even then we only had time for a shower each and went out to the nearby restaurants for dinner.

That night Sandra was fussy and wanted to sleep on the comforter, refusing to sleep on the bed itself. I was worried the fluffy comforter will suffocate her in the middle of the night so moved her off the comforter after she falls asleep. That may have been a bad idea because she woke up covered in rashes! The sheets were probably irritating her skin.

Breakfast the next morning was a buffet spread with porridge and accompanying dishes. There was also green bean soup which I tried to feed Sandra more of to help with her rashes. 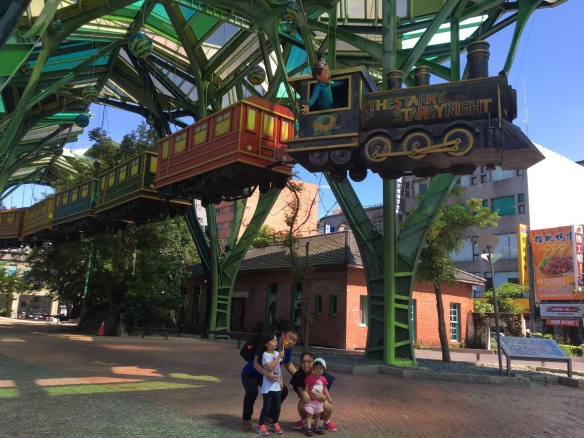 Then we covered some of the places we were supposed to cover yesterday but did not due to the rain like 几米广场，亚典蛋糕，山寨村. 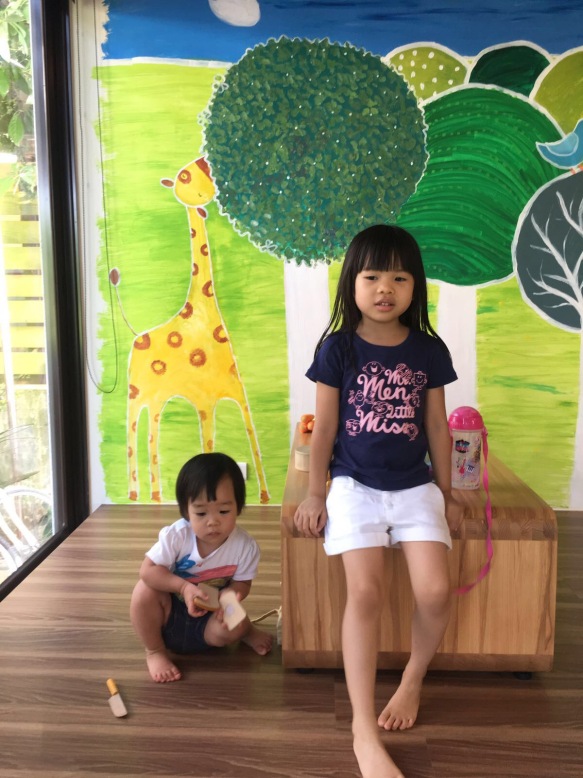 Thereafter we went back to the minsu (自然捲）that we were staying in that night, much to the delight of the kids as this is a very kids friendly place. Not only do they have a slide and lego in the room and a play kitchen area immediately below the room, there are also lots of kids friendly amenities like a bottle sanitiser and bottle soap and brush in the common area, and baby bath and toilet seat in the room. Everything was also very clean and bright. It’s the best accommodation I have experienced so far in the trip. Once I entered, I was extremely tempted to tell my cousin that our family will stay here for the rest of trip until the group goes back to Taipei when they can then pick us up. But of course we didn’t abandon the group.

That night we went to 罗东夜市 and had more Taiwanese snacks like 大肠包小肠，卜肉 etc. We then packed back to eat and the kids ended up sleeping way past bedtime, especially the younger one who usually sleeps early.