I love the new setup that NParks put at Raffles Place as part of their 50 years of greening Singapore celebrations. In fact, I think it would be a great idea for them to keep it there permanently! Because of the retro park and playground thing set up there, Raffles Place actually became much less of a dead town during the weekend.

It is also at this retro park that I realised that my timid daughter has gotten much braver. She’s actually happy to sit on her own on a swing clearly constructed for someone of adult height. One wonders why she still fervently objects to inserting a coin in kiddy rides, not that I’m complaining as long as it is not out of overly extreme timidness. 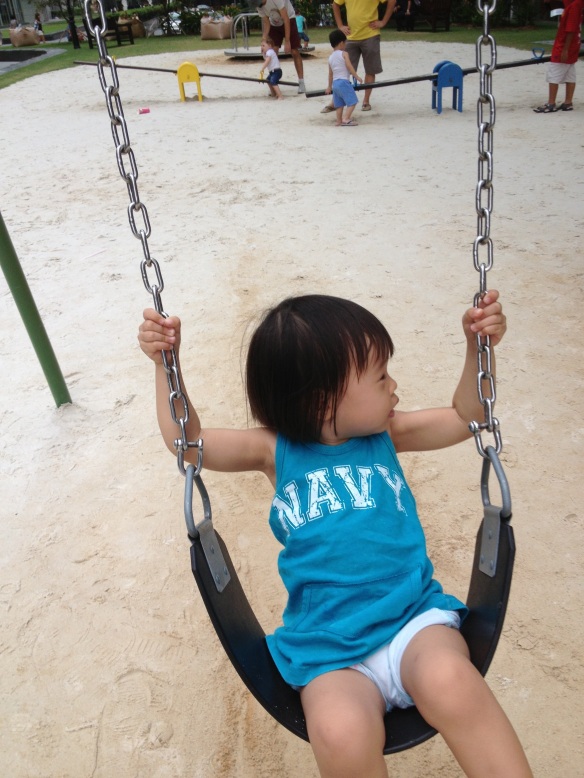 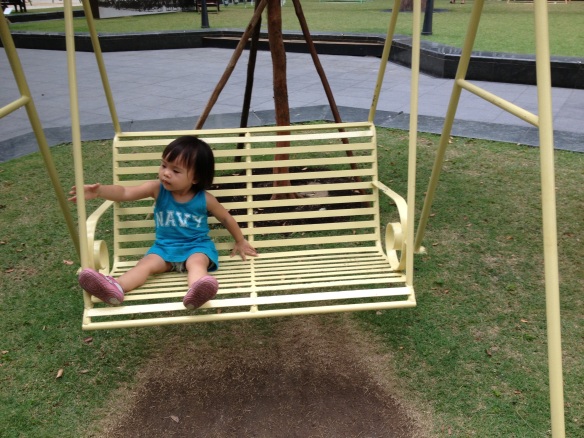 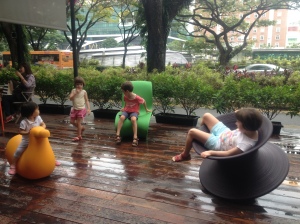 is this! Its a small play area at Kith cafe (Park Mall) with just 3 pieces of equipment that look more like swanky furniture than playground equipment but is incredibly fun for children.

The food isn’t bad either. Sophia and I both liked the “green eggs” which was scrambled eggs with pesto. It was also really great that the restaurant had a box full of lego-like pieces, building blocks and the like which entertained Sophia just long enough for me to finish my breakfast.

That’s her favourite phrase these days, and most of the time, she means it. Although her desire is so great that sometimes she mumbles it to sleep as well. It must be because Sydney was so full of fun and exciting playgrounds. Right from the first day we went to Darling Quarters (I’m not sure this existed when I was living in Sydney 10 years ago) which had a huge children’s play area with both waterplay and dry playground facilities. Pity we didn’t bring Sophia’s bathing suit! 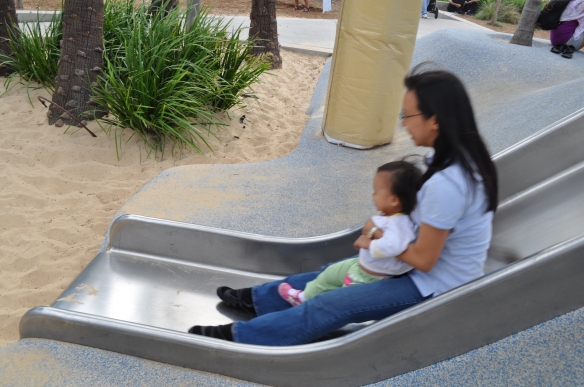 This seemingly innocuous slide is not as simple as it looks – here’s the part where children are supposed to climb up to the top of the slide. Not that easy for me to help Sophia up!

I’m amazed how rather young children can play on the swing on their own. I think Sophia just found a new friend here! 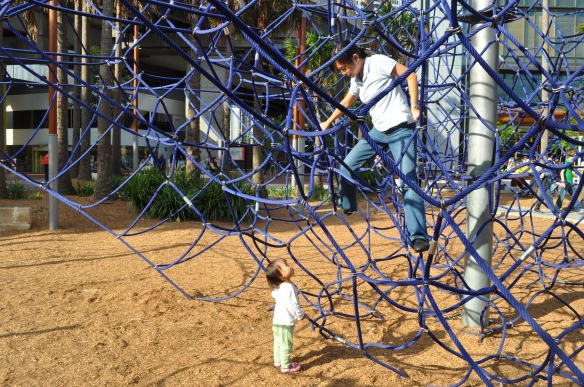 We took walks down tunnels, just mummy and me.

There were also playgrounds at each of the grounds of the Paddington market and Glebe market. I think they are both schools during the weekday but elementary school, not preschool so I’m still surprised at the playground facilities, which we certainly do not have here in Singapore, at least not in my days. 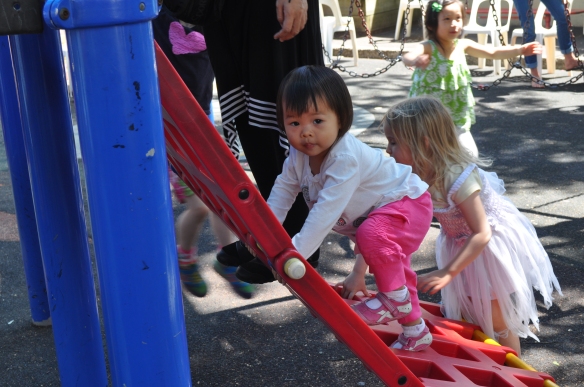 Yep, so even after we got back we’ve had to bring her to the playground almost on a daily basis otherwise we’ll just hear the “want playground, want playground” chant all day long.

Urgh! I saw a I dead mouse at our condo’s playground today. Looks like Sophia won’t be heading there for a long time!

The playground at Marina Square is small but apparently rather fun for Sophia. We only had a few moments there before rushing off to meet grandpa at Suntec and she really didn’t want to go.

Mummy, your turn to drivePlaying with jie jie