According to the traditional chinese calculations, yes. Sophia turns 2 today because when babies are born they are considered 1 year old to chinese. And today is Sophia’s birthday according to the lunar calendar. Now before you start thinking that the chinese are weird, counting the first year as 1 is not any weirder than saying the ground floor is the first storey, and vice versa. Its just a cultural difference.

To celebrate Sophia “turning 2”, we brought her to the zoo. We figured she loves animals so much she must enjoy it.

Perhaps because she senses the excitement and anticipation, she woke up at 6am screaming for us. As a result, by the time we reached the zoo bright and early at about 9am, she was already in this zombified state: 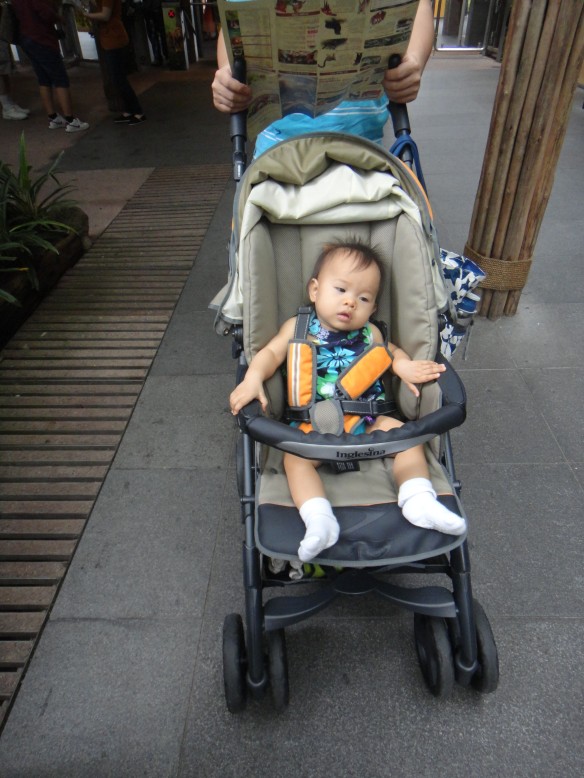 So the adults had a picnic breakfast together with mozzies who feasted on mummy’s blood while the little one sleeps.

She did wake up after an hour or so and enjoyed watching the animals, and was mighty unhappy that the leopard went on sleeping despite her knocking on the glass wall. Actually at one point I got a little scared because the leopard glared at us. I guess it wasn’t happy about being woken up at all. And it was right next to the glass that Sophia was tapping on. I know its meant to be reinforced and all but still. How nice to be a kid who knows no fears.

I was glad to move on to safer animals at kids world.

Wanting to join the horses

The playground was also a hit, but as expected water play is out when the grandparents are with us.

The daddy was adamant about bringing Sophia to see the tigers (of which it seems the Singapore zoo only has the rarer white variety. Why don’t they have regular tigers?) but Sophia was equally adamant to fall asleep whenever we are anywhere near the tiger enclosures. And so on the way out she also fell asleep as the daddy was eagerly leading the pack towards the tigers. Only the adults admired the tigers. And it started raining when we were there.

So the zoo trip ends here.

But no chinese birthday is complete without a bowl of longevity noodles, which Sophia liked but mummy still had to finish up the 7/8 of the leftovers since she already had her porridge for dinner. 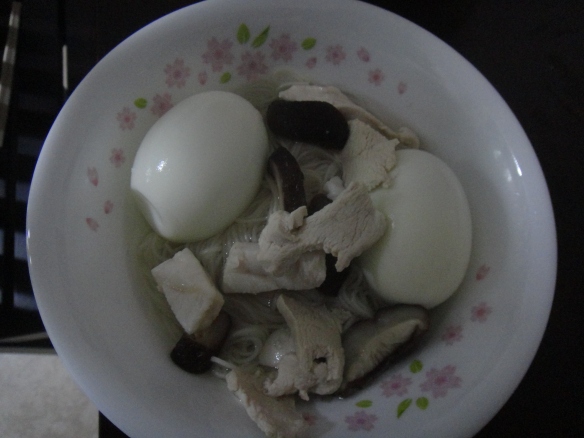