Allegedly such behaviour came from my genes. 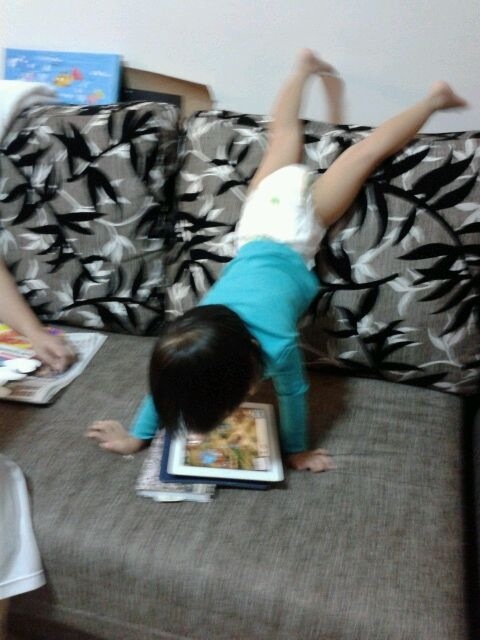 2 year olds are hilarious. Just that other day I though Bruce Lee came to our home, turned out it was just Sophia jumping out of her bath shouting “hot hoooot” ala Bruce Lee’s signature yelp.

They also come up with the most random scenarios, usually simple enough like “I’m the big bad wolf and mama is the three little pigs”. How I can be 3 pigs at the same time is beyond me but there. I’m then supposed to run all over the house and at her direction i.e. she tells me to run into a dead end then catches me.

She can also turn things around to her benefit like the other day her dad used her 3 bolsters (yes 3, no idea how it got to that number) to build a pseudo tent around her to coax her into turning off the lights because camps are held at night. After a while she flipped and knocked over the “tent” and concluded that daddy is the lazy little pig who never built his house properly. Quite right.

As Sophia gets older, the chances for me to tag “fun at the expense of Sophia” gets less and less. As a baby we could do whatever we want with her but not now. So you would see why I jump at the chance to snap pictures of her as the lion.

We pass by this friendly snake decoration on most days during our after dinner walks. We tell Sophia that’s a snake and she responds with the above captioned line (trust me, I’m working on undoing the Singlish, its hard). Should I be concerned that she’s more familiar with worm than snake? I guess not. Its cute! And then she goes on to tell us things like birds eat worm and other stuff she knows (like this one not snake 100 times) I’m going to miss this stage when she grows up to become “I’m smarter than thou”.

Sophia was very distressed to see some soft toys strewn on the floor of Toys ‘R Us. They must be rescued. 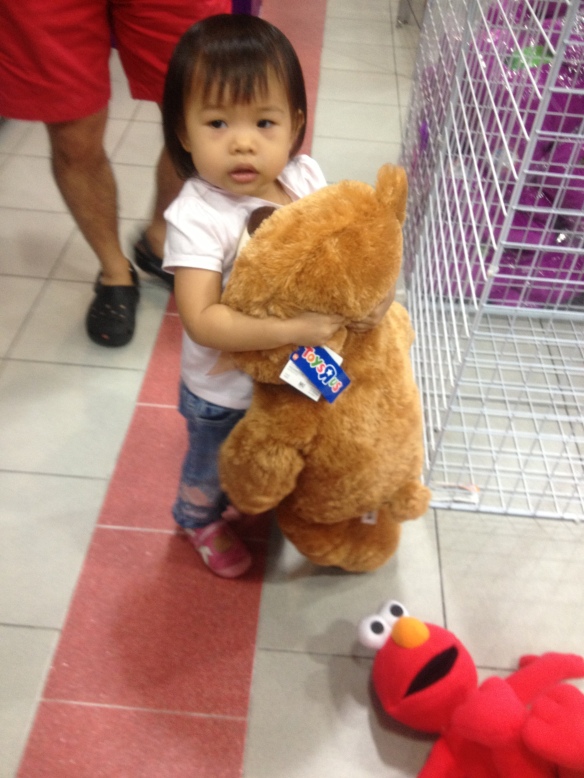 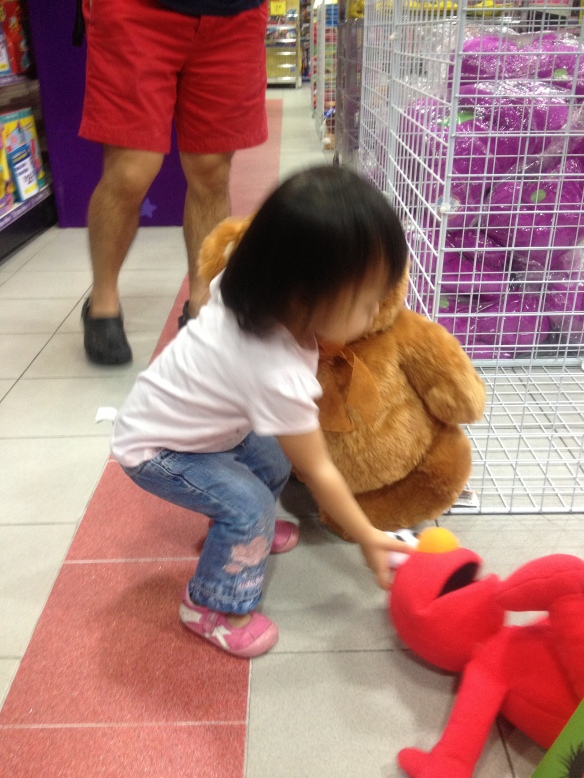 Caught Sophia in a picture of peace and serenity, gazing out at the people riding by in the escalator before the glass panel. 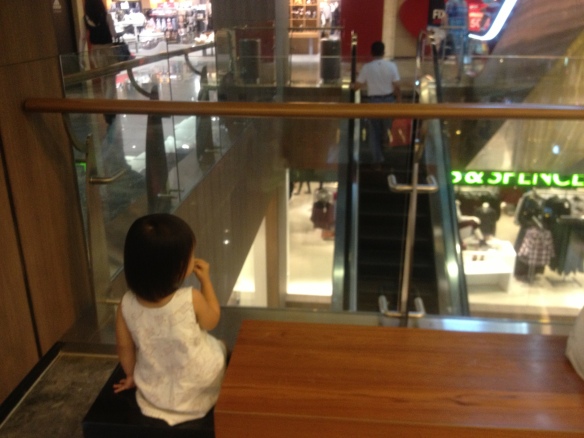 What a beautiful image, until she turns with her mouth full of crackers. 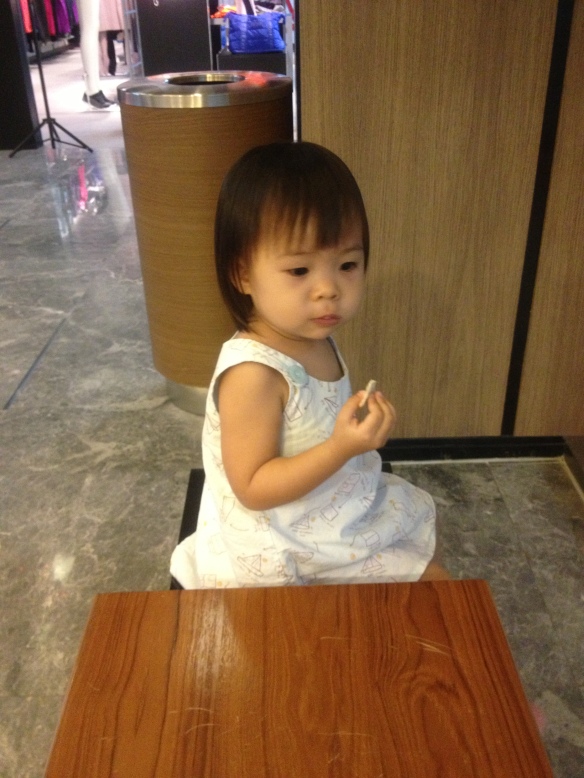 Sometimes its amazing what a large empty space does to a child’s mood. We brought Sophia to Cathay and she was so happily dashing around, waving her arms. 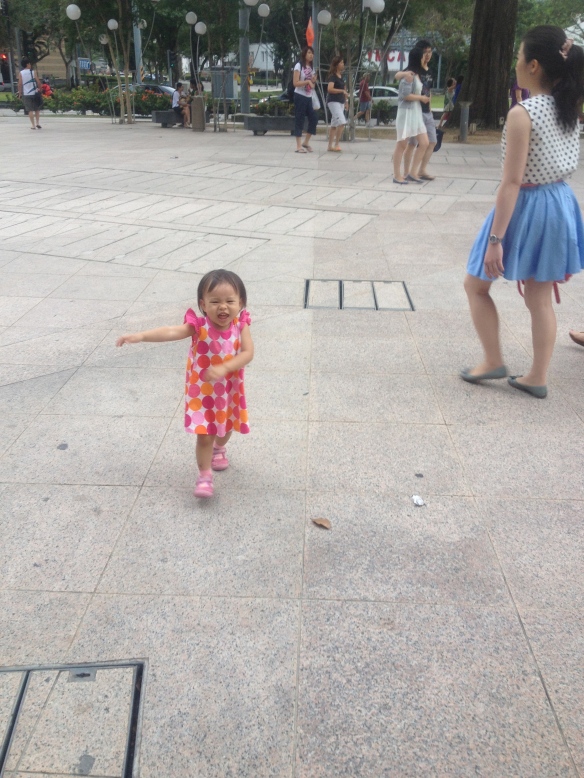 She was so relaxed that she decided it was a good idea to pose in front of this giant poster stand thinggy.

Daddy hence decided to train her to do a few more poses:

Model training in progress! I think I need to get a better teacher, this one is not very good at the girly poses.

Hmm.. I want to explore all these veges in the supermarket and its rather inconvenient holding the turtle with one hand but papa says if I just leave the turtle around it may get taken away by others. Oh what shall I do?!

I know! Papa can hold turtle for me!